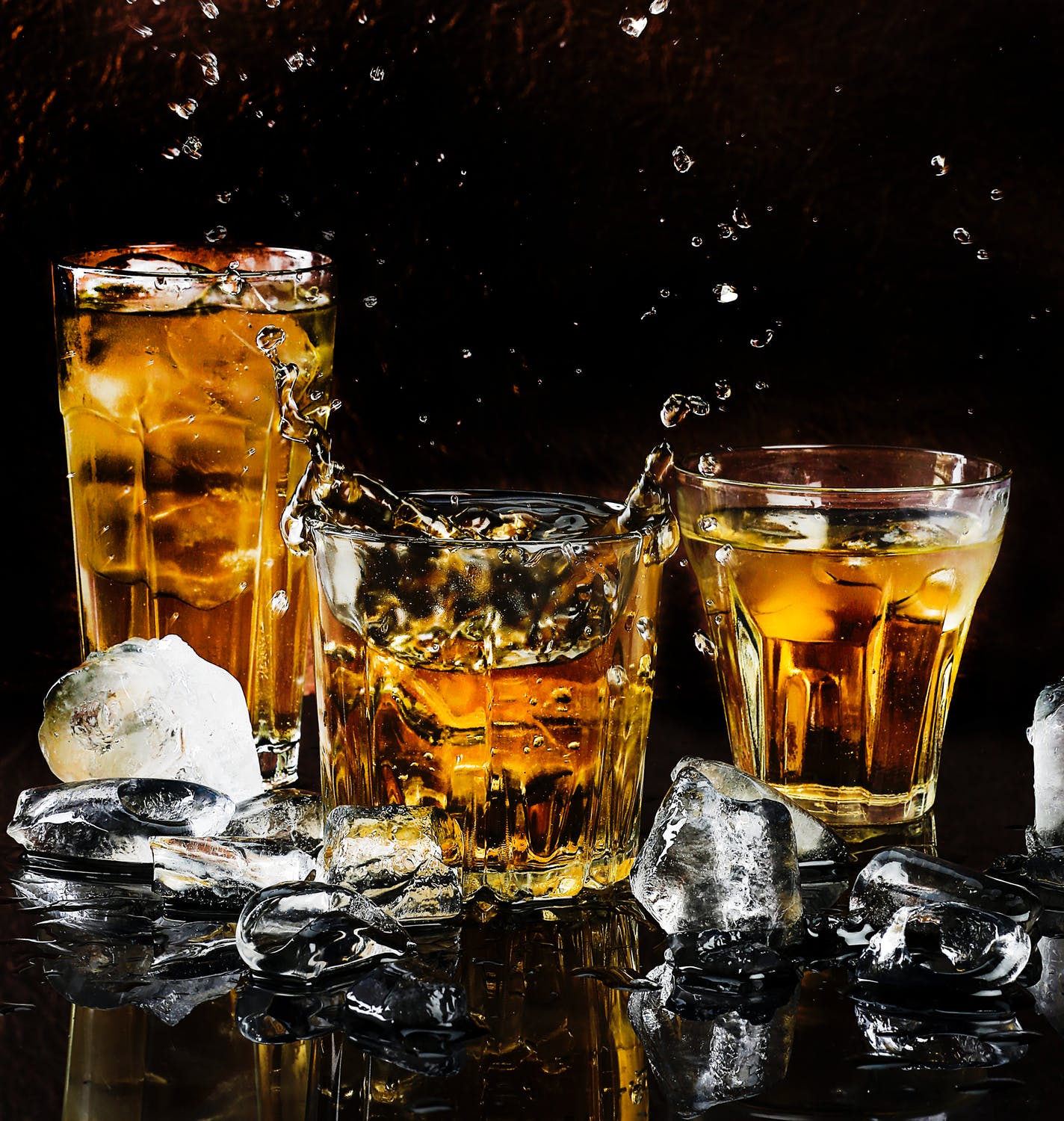 Whiskey is the drink of choice for many people around the world. In fact, the Gaelic word for Whiskey means “water of life.” Even though it is one of the most popular beverages in the world, there is much confusion surrounding the different types of Whiskey and what makes them different. We asked our Expert Mixologist, Matt, to answer some of the most-asked questions at a G Texas Catering Whiskey Tasting at events in Dallas 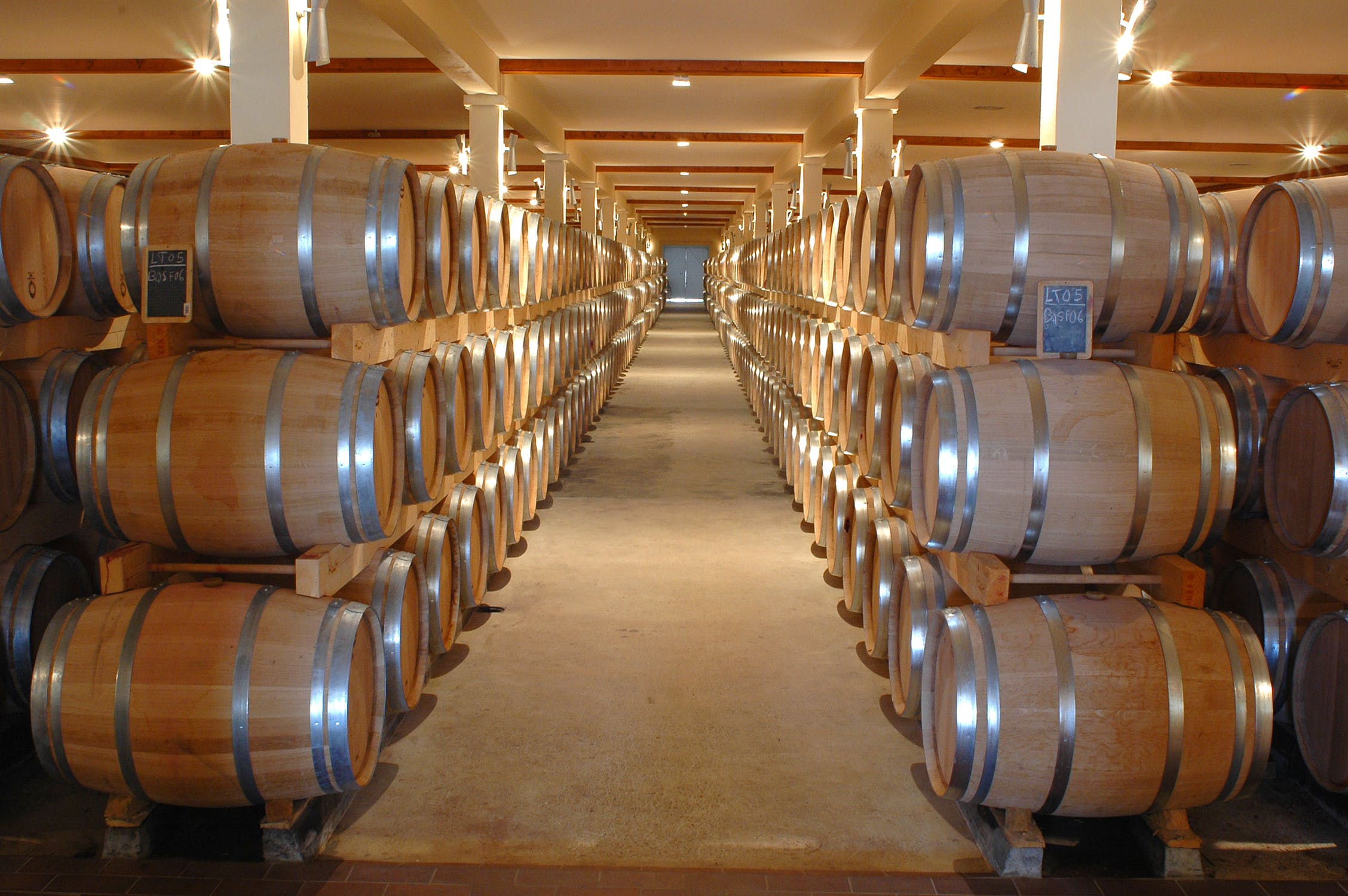 Bar Catering in Dallas: How is Whiskey Made?

Whiskey gets its start as ‘mash’ when water is added to malt. This process encourages the malt to germinate quickly, creating sugars. The type of water used in this step is paramount to the success of the whiskey – many distilleries are near natural springs for this reason. The mash’s sugars are mixed with a little yeast to create alcohol and fermentation begins. This immature alcohol goes into a still and is distilled up to three times to increase the alcohol content.

In preparation, oak casks (barrels) are charred on the inside. The whiskey is put in the casks where the charring turns the whiskey from clear to a golden brown over time. For two to three years, the whiskey remains in the cask, maturing. Unlike wine, whiskey matures in the casks, not the bottles. When it is finally time to bottle the finished whiskey, sometimes certain casks are mixed together as they are filtered to create a blended whiskey.

It is no surprise that Scotland, known for its moors, intemperate weather and rocky countryside produces a rugged and earthy liquor. Scotch also goes by the name Scotch Whisky and is made from malted barley. To be considered Scotch, it must be entirely made in Scotland and must be aged for 3 years in oak casks to create the optimum flavor. Scotch has a complex taste, redolent of wood and smoke. It is generally regarded as the smokiest of all the whiskeys. 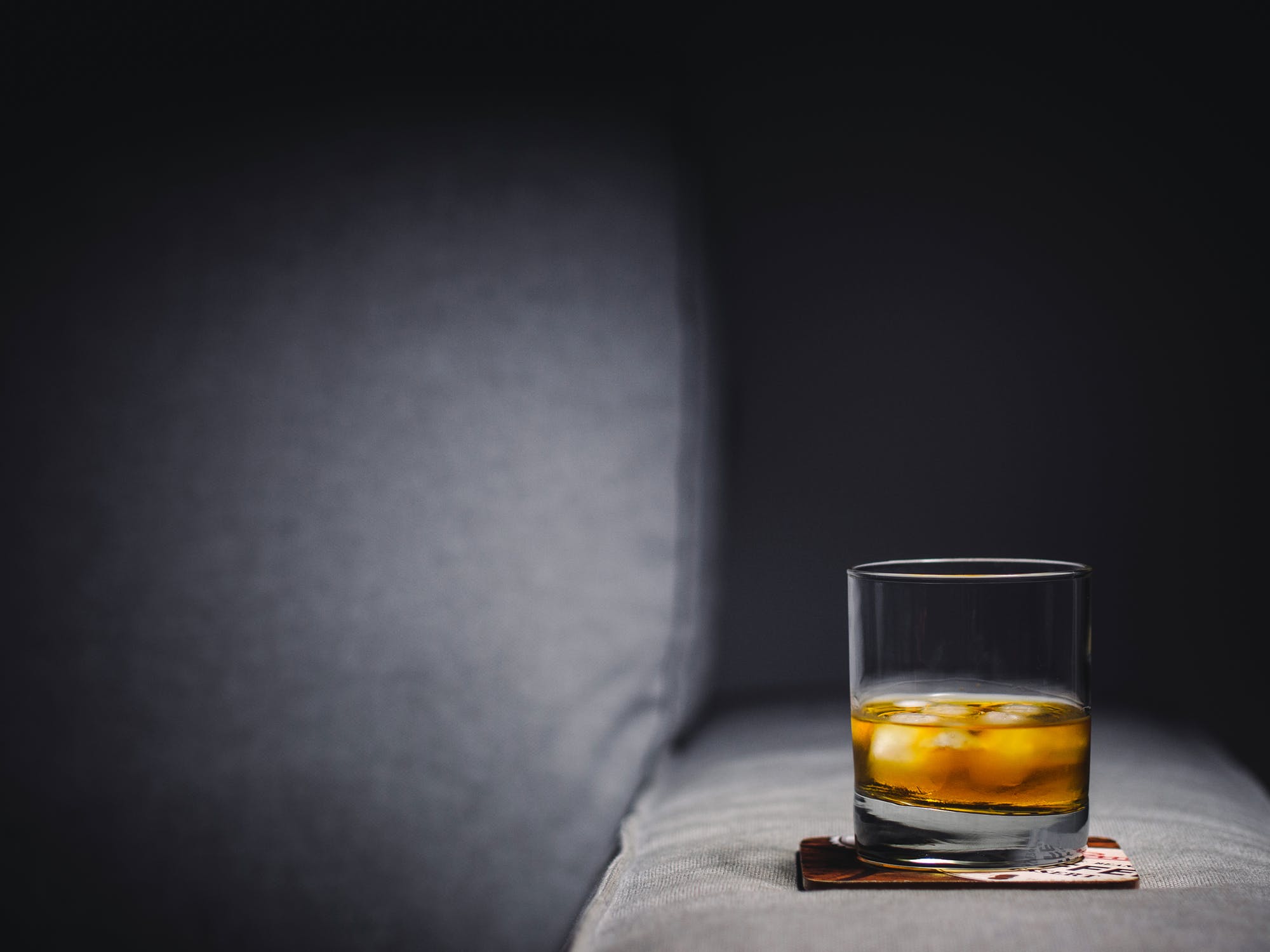 Spice is the dominant flavor in Rye Whiskey, though the essence of different fruits will also make an appearance. Rye Whiskey has a spicy taste that has been described as a “hard-edged version of bourbon.” Most will agree that rye produces a bit of a bite, in a good way. Taste this full-bodied whiskey for yourself. There are two different types of Rye Whiskey: American Rye Whiskey and Canadian Whisky.

Canadian Whisky is the second type of Rye Whiskey. There are no strict rules defining what goes into Canadian Whisky, so it may be made from any grain, as long as it has a bit of rye and smells, tastes and has the traditional characteristics of Canadian Whisky. Only one producer in the world, Canada’s renown Alberta Premium, uses 100% rye mash in their Canadian Whisky. The loose definition of Canadian Whisky results in many different tastes within this category. A trained Mixologist can help you uncover which whiskeys suit you best. 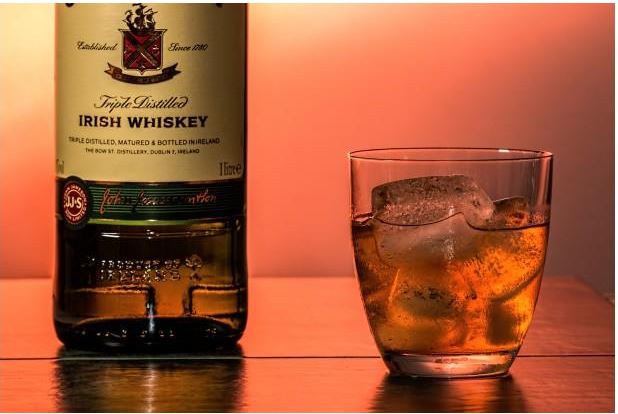 The Irish are known for their easy-going, unhurried attitudes. Unsurprisingly, the rules for Irish Whiskey are just as relaxed, stating that any type of cereal grains are acceptable ingredients and if more than one grain is used, it must be labeled as ‘blended.’ The only other requirement is that it must be aged for three years using wooden casks. All whiskey produced in Ireland is considered Irish Whiskey. These loose rules encourage many different flavors and nuances in wonderful Irish Whiskeys. Irish Whiskey, though less sweet than Bourbon, is quite smooth. It can also be complex, with deep flavors.

Perhaps it’s a small thing, but the letter ‘e’ is absent in both Scotch Whisky and Canadian Whisky. Both countries, Scotland and Canada, have been making whiskey for many decades, perhaps even centuries and the old spelling is long entrenched.

See for yourself what the Scottish and Irish folk have been perfecting “across the pond” for all these years. Does the historical aspect of Ireland intrigue you? Do you wonder if the fighting spirit of bygone Scotsmen was a result of their whiskey? Do the spicy tones in Rye Whiskey tempt you? What could be better than learning more about or developing your passion for whiskey? Our Expert Mixologist will

educate your group about whiskey’s finer points and help you find out which tastes appeal most to you with a personalized Whiskey Tasting at your event in Dallas with the G Texas Expert Mixologists.

For more information about Whiskey Tastings and how to taste Whiskey, check out our blog here.

G Texas Catering is one of the leading catering and special events company operating in the Dallas-Fort Worth area, providing upscale catering, bar services and event design for high profile corporate events, galas, conventions, social gatherings, special occasions and for some of Dallas-Fort Worth’s top venues and meeting planners